The Roca Group has a presence in 170 countries on 5 continents. It has 83 production centres and employs more than 24,000 people worldwide. 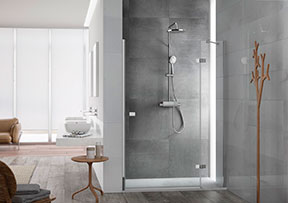 The Roca Group is an almost centennial company dedicated to the design, production, and commercialization of products for bathroom spaces as well as ceramic floorings and wall coverings used in architecture, construction and interior design.

The company employs more than 24,245 people, has 82 production centres in 170 markes, and is present in more than 170 countries on five continents.

The Group, whose capital is entirely Spanish, is a market leader in Europe, Latin America, India and Russia. It also has a strong presence in China and the rest of Asia, the Middle East, Australia and Africa. As a result of this, it is a world leader in its field.

Moreover, the Group expresses its close link with society by means of the iconic Roca Gallery buildings, whose aim is to showcase and interact with Roca’s culture of water as well as to host cultural activities of different kinds. Barcelona, Madrid, Lisbon, London, Shanghai and Beijing currently have a Roca Gallery.