Meliá is one of the leading global companies in the holiday hotel sector. 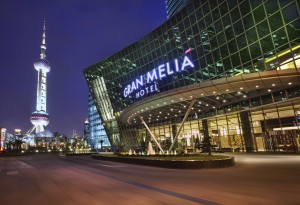 Meliá Hotels International was founded in 1956 in Palma de Mallorca (Spain). It is one of the largest hotel companies in the world and the absolute leader in Spain It has more than 370 opened hotels or in opening process in more than 40 countries of four continents under the brands Gran Meliá Hotels & Resorts, Paradisus by Meliá, ME by Meliá, Meliá Hotels & Resorts, Innside by Meliá, Sol by Meliá and TRYP by Wyndham. The strategic focus on the international expansion has led it to become the first Spanish hotel company with presence in China, the United States or the United Arab Emirates in addition to maintaining its leadership in traditional markets such as Europe, Latin America or the Caribbean.

Moreover, it highlights its diversified business model (being one of the leading hotel managers in the world), its growth supported on great strategic alliances and its commitment to responsible tourism. As a result of these strengths, Meliá Hotels International is the Spanish tourism company with the highest corporate reputation (Merco Ranking) and one of the most attractive to work internationally. Meliá Hotels International is part of the IBEX 35 Stock Market Index.