Iberia is the number one air transport group in Spain and, after its merger with British Airways in January 2011, become the third biggest in Europe and sixth in the world in terms of turnover. In addition, it is the leading company in the European-American market with the widest offering of destinations and frequencies. 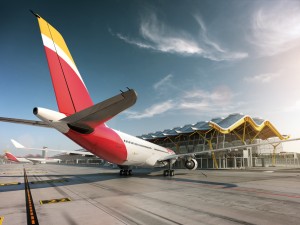 Iberia is an internationl air transport group that has been working as an amassador for the culture and values of Spain in all the destinations to which it flies. It focuses mainly on three activities: the transport of passengers and goods; the maintenance of its aircraft and those of about one hundred other companies, includin the most important ones in Europe, and assistance to airplanes and passengers.

Since its inception, more than 700 million people have traveled with Iberia, clients who have contributed to the airline being considered the leading company in Spain and in the markets that unite Europe with Latin America, where it offers the largest offer of destinations and frequencies .

At present, the Iberia Group flies to more than a hundred destinations and to about 90 other codeshare destinations with other airlines.