THE WORLD LEADER IN WIND POWER. ONE OF THE TOP ELECTRIC UTILITIES IN THE WORLD. SPAIN’S NUMBER ONE ENERGY GROUP.

Besides consolidate in Spain, our work has led us to an international reference position, becoming one of the leading operators in the UK, one of the largest producers of wind energy in the USA, the main private generator of Mexico and has consolidated its position as supplier of electricity increased number of customers in Brazil.

At IBERDROLA we are proud of ourselves and of the future we are building. We have done a good job. And we will continue to do a great job to meet the new challenges facing us. 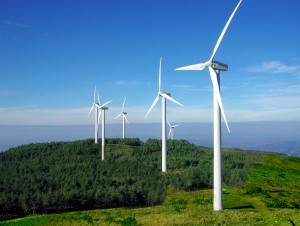 Iberdrola, one of the world’s largest energy groups, has grown four-and-a-half times in size in the last seven years. After increasing its market capitalisation from 12 billion euros to 55 billion, it now ranks among the world’s five largest electricity companies.

Iberdrola’s significant growth – it is the number one Spanish company in the sector worldwide – is reflected in the following figures: it has 27 million customers, almost 41,000 MW of total installed capacity, approximately 30,000 employees and a presence in over 30 countries on four continents.

After the friendly acquisition of Scottish Power (Scotland), followed by that of Energy East (USA), the company is now consolidating its international expansion plans, with the Atlantic region being the primary focus of interest.